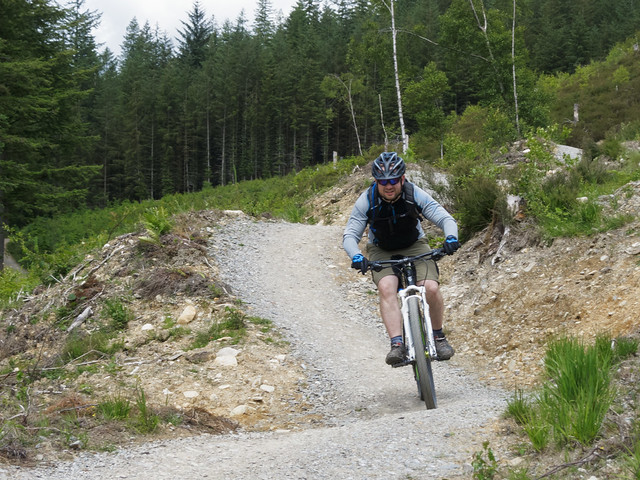 At the start of 2015 I challenged myself to cycle 2,015km by the end of the year – this morning I completed the challenge!

Today was meant to be a day off the bike, but I knew a short local ride would take me over my target for the year, and the weather was nice. I’d done most of the work yesterday, with a hard, muddy 37km ride south of Kenilworth.

The challenge worked out to be at the perfect level, I had to push myself to ride a few times every week, but I knew the goal was doable as long as I kept that up. I had a few weeks off the bike due to picking up a cold, or traveling, so some weeks I really had to put the effort in. The fact that I only accomplished the challenge with two days left of 2015 shows how tight it was!

The photo at the top of this post is one of the few pictures of me actually on a bike and was taken by my friend Ali, who is one of the many people I’ve ridden with this year. Mountain biking a social sport and it is good to have friends to ride with. Jen even came out for a few rides with me, including one evening where we were meant to be going out for a meal, but ended up cycling to Kenilworth for dinner and a few rides when we were on honeymoon! Jen has also been very tolerant of me spending a lot of time on the bike this year – it took me 185 hours, over 150 rides to get to 2,015km.

I have already been asked if I am going to go for 2,016km (or even miles) in 2016, but now that I have got cycling into my routine, I don’t think I’ll need the extra motivation to get out – if the weather is good and I’m not busy, I’ll be out on my bike!